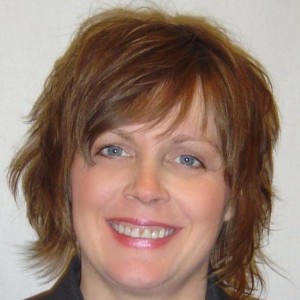 Can we eliminate skin infections in wrestling…YES!

Wrestling season is just around the corner and with it comes the growing concern of skin infections. It is no secret that wrestling facilities are a potential breeding ground for highly infectious harmful bacteria, viruses, mold, and mycotoxins, that can wreak havoc on athletes immune systems.

These skin infections can spread easily among wrestlers and other athletes involved in contact sports. These infections are transmitted person to person but may also occur indirectly by touching objects contaminated by the infected skin of a person such as mats, towels, lockers, etc. Some of the most common infections are fungal, viral and bacterial infections.

Tinea Corporis is a fungal infection also commonly referred to as Ringworm. It is the most common infection transmitted through wrestling and other athletes in contact sports.

Ringworm typically begins as a flat, scaly area on the top layer of the skin, which may be red and itchy. It gets its name because of its ring like appearance that is characterized by a red circular rash with clearer skin in the center. There is no worm involved.

This patch develops a slightly raised border that expands outward, forming an uneven circular ring. The interior of the ring may be clear, scaly or contain a scattering of red bumps. At times several rings develop and may overlap.

The herpes simplex virus comes in two different strains, although only one strain is spread among athletes in contact sports. Type 1 (HSV-1) can be transmitted through contact with an infected individual. Symptoms typically include sores on the lips, mouth, and face. There is no cure for herpes simplex virus. Once the infection occurs, it moves to the nerve cells and remains for life.

Another virus called molluscum contagiosum is caused by a member of the pox virus family. Molluscum infections are often sexually transmitted, but in wrestling or other contact sports, it is spread either through direct contact or through contact with sharing items such as equipment or towels. Symptoms include pink growths that contain the virus that last 6-18 months without any form of treatment.

Impetigo is a bacterial infection of the skin and is highly contagious. Symptoms included yellowish crusts on the face, arms or legs.

Staph skin infections, including MRSA, which is caused by a strain of staph bacteria that’s become resistant to the antibiotics commonly used to treat ordinary staph infections, can spread among people having close contact with infected people. These infections generally start as small red bumps that resemble pimples, boils or spider bites.

Prevention and treatment are the only well-known methods to reducing skin infections in wrestling and other contact sports. But is there another way to destroy such harmful molecules before skin infections, sickness and potential life long conditions develop?

Finally, there is a real solution. Hi Tech Air Solutions Air Reactor machine. This cutting edge technology creates a safe haven not only for wrestlers and other athletes, but also for anyone who wants to breathe cleaner air at home or work. The HiTech Air Reactor outclasses other similar machines of its nature because not only does it destroy 99.9% of harmful bacteria, viruses, mold, mycotoxins, formaldehyde, allergens, VOC’s and odors that pass through the machine but it also projects out a Stabilized Super OH Molecule that lasts much longer than it’s counterparts. These Stabilized Super OH Molecules are on a search and destroy mission to destroy contaminants in the air and on all surfaces.

The HiTech Air Reactor is the only machine proven in studies to destroy contaminants in petri dishes 12 feet away. Typical air purification equipment collects pollutants on filters where they can multiply and be released back into the air you are breathing. HiTech’s cutting edge technology destroys contaminants at the molecular level in the air and on surfaces including mats, towels, lockers, floors, walls, benches, equipment, and more.

The HiTech Air Reactor can be installed just about anywhere ranging from wrestling rooms, football practice facilities, fitness room, locker rooms, private residences, etc. In order for the reactor to function at their utmost capability the rooms must be sized properly prior to installation. The Air Reactor’s are showing up in more and more noteworthy facilities, reducing infection rates, which include skin infections and sicknesses, by 95%.

We use cookies on our website to give you the most relevant experience by remembering your preferences and repeat visits. By clicking “Accept”, you consent to the use of ALL the cookies.
Cookie settingsACCEPT
Manage consent

This website uses cookies to improve your experience while you navigate through the website. Out of these, the cookies that are categorized as necessary are stored on your browser as they are essential for the working of basic functionalities of the website. We also use third-party cookies that help us analyze and understand how you use this website. These cookies will be stored in your browser only with your consent. You also have the option to opt-out of these cookies. But opting out of some of these cookies may affect your browsing experience.
Necessary Always Enabled
Necessary cookies are absolutely essential for the website to function properly. This category only includes cookies that ensures basic functionalities and security features of the website. These cookies do not store any personal information.
Non-necessary
Any cookies that may not be particularly necessary for the website to function and is used specifically to collect user personal data via analytics, ads, other embedded contents are termed as non-necessary cookies. It is mandatory to procure user consent prior to running these cookies on your website.
SAVE & ACCEPT

be the first to know